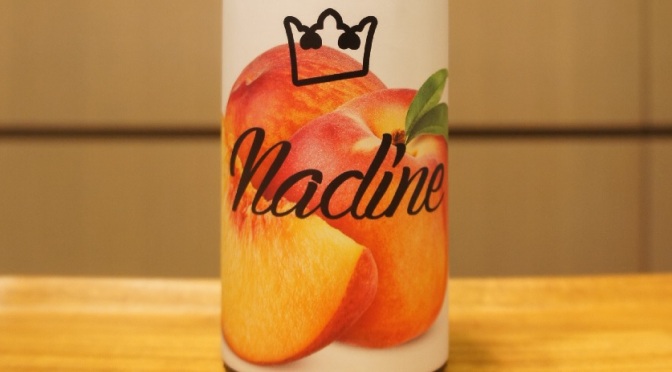 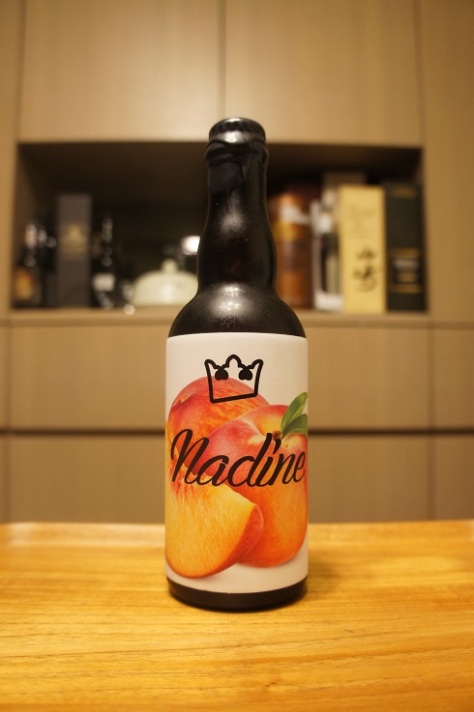 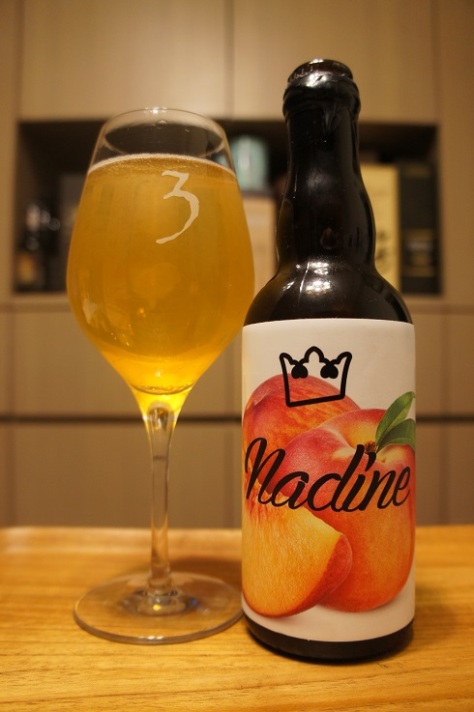 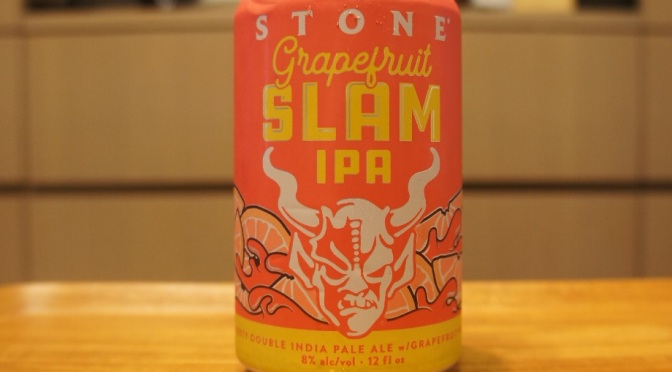 Brewer Description: (from can) We’ve made a hell of a lot of beers since 1996. Probably thousands at this point. Some stick around for decades, some for a few years and some are brief visits, gracing us with their hoppy presence fora short time before becoming fond memories. Occasionally stars, planets and brewing schedules align and we bring back one of these ephemeral creations. In fall of 2014 we created a draft-only version of this delicious double India pale ale. Its bitter, zesty grapefruit peel infusion created a bright accent to notes of pine resin and fresh citrus well in advance of the explosion of fruited beers we’re all reveling in at the moment. We never stopped thinking about it, so a long five years later, we’re bringing back Stone Grapefruit Slam IPA for round two. It’s a link to the past planted delightfully in the present.

Intro: A 12 fl. oz. can, canned on 16th January 2019, and with an enjoy by date of 16th May 2019. Poured into a Spiegelau IPA glass.
Appearance: A clear copper colour with a big three finger slightly off white head that had good retention and left lots of nice lacing.
Aroma: Grapefruit peel, citrus rind and zest, caramel, pine, resinous.
Taste: Like the aroma, bittersweet, grapefruit zest and rind, caramel, pine, resin, and light biscuit.
Mouthfeel: Medium bodied with moderate carbonation.
Overall: I think maybe the bittersweet grapefruit zestiness was probably a bit too intense for me. I preferred other versions of IPAs by Stone. 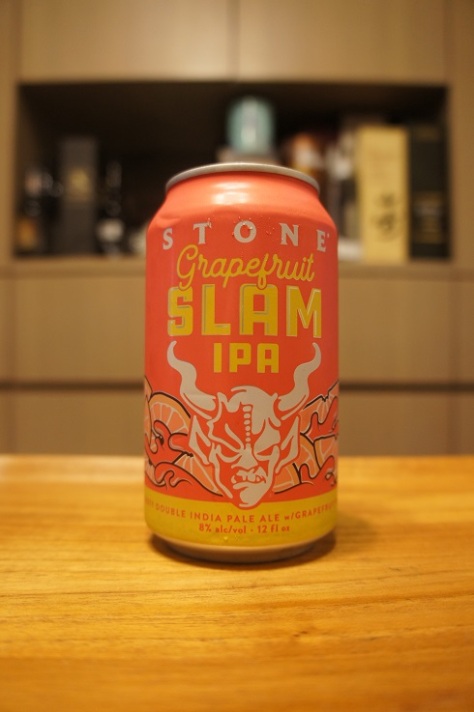 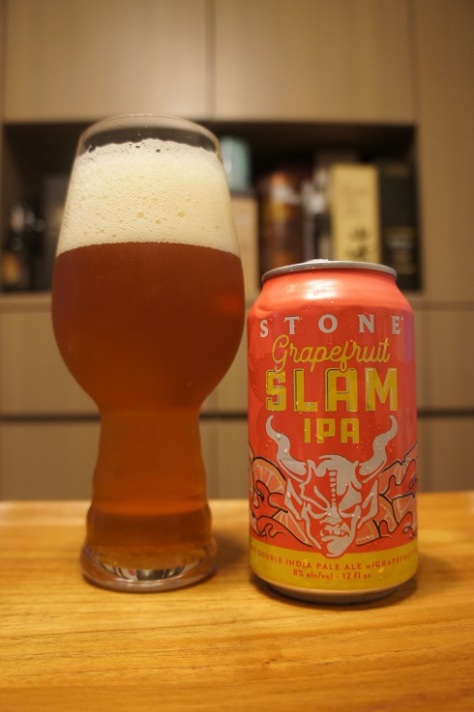 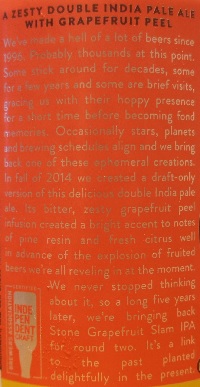 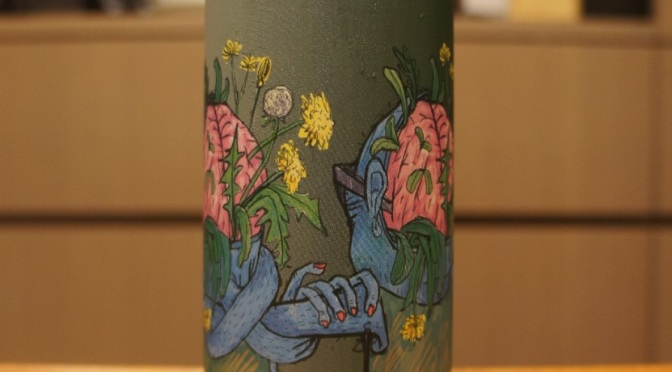 Brewer Description: (from Lervig Facebook post) Singularity is a Citra single-hopped, oat-infused juice bomb that could probably trigger the birth of A.I. if robots ever got their hands on it. 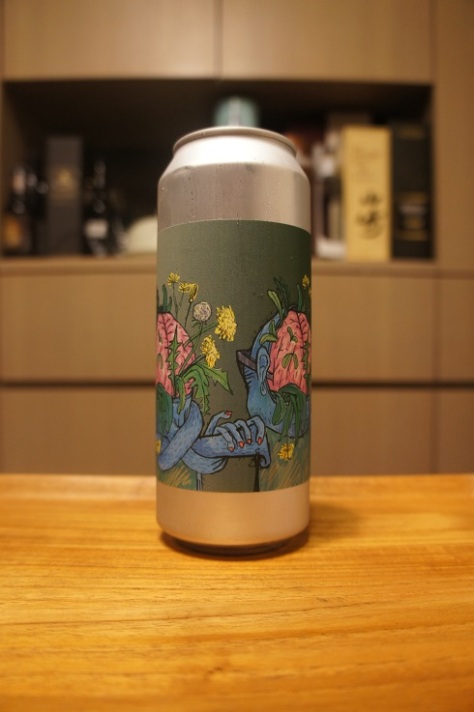 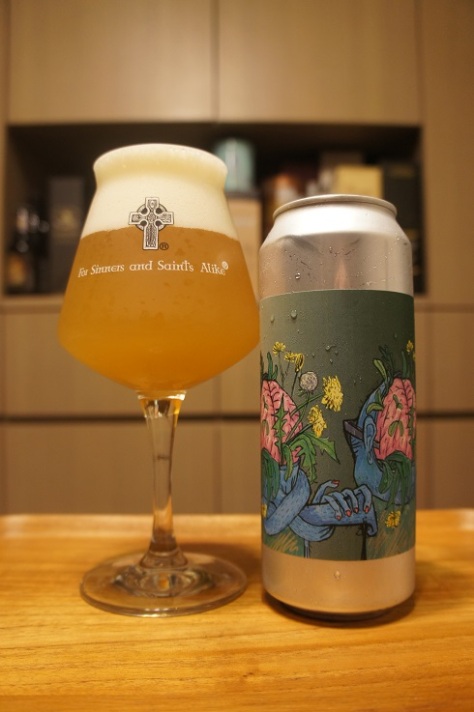 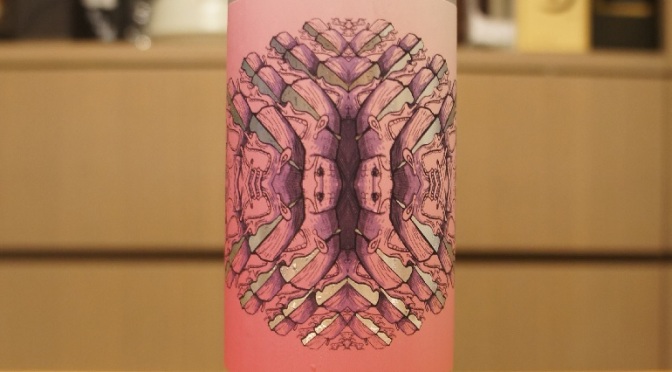 Brewer Description: (from Lervig Facebook post) Infinite Timelines is an IPA with loads of flaked barley and a touch of rye for a super-fluffy mouthfeel. We then punched it up with Mosaic, Denali and Idaho 7 hops. Now, we’re not quantum physicists, but we’re pretty sure it’s like the Big Bang… only in your mouth.

Intro: A 500ml can with a best before date of 19th December 2019. Poured into a Lost Abbey teku glass.
Appearance: A hazy golden colour with a two finger white head that had excellent retention and left lots of nice lacing.
Aroma: Sweet and hoppy. Lots of citrusy grapefruit zest, orange rind, lemon peel, grass and pine with hints of tropical stone fruit, mango, peach.
Taste: Light to moderate sweetness from hints of peach and mango, while orange peel and zest, grapefruit, and resinous pine leads to a nice balanced bitter finish.
Mouthfeel: Medium bodied with moderate carbonation.
Overall: Nicely balanced between sweet and bitter. Very enjoyable. 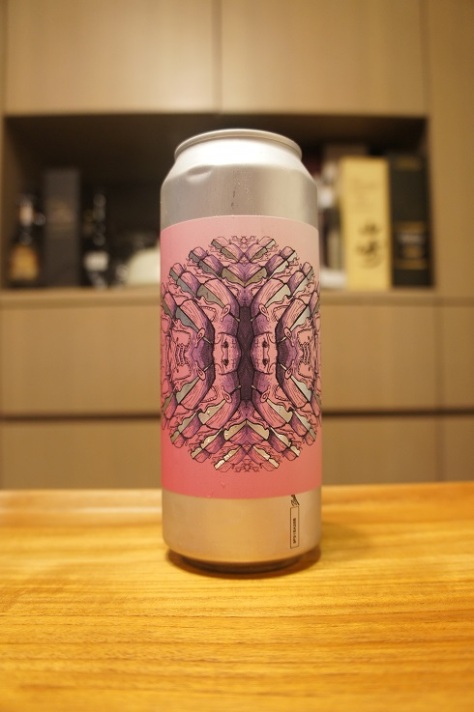 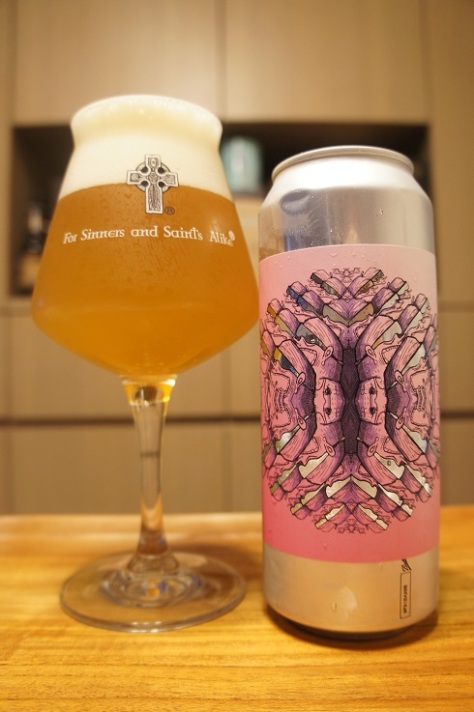 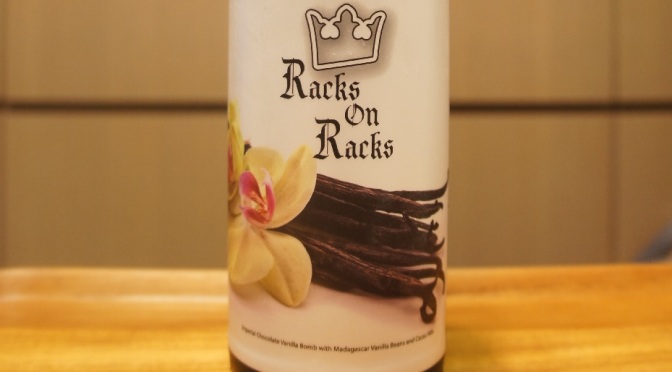 Intro: A 500ml waxed bottle (that while looks nice, was just a pain to open), with no clear bottled on or best before date. Poured into a snifter glass.
Appearance: Dark dark brown to black in colour with a half finger brown head that dissipated fairly quickly while leaving some spotty lacing.
Aroma: Milk chocolate, cream, vanilla and a light nuttiness.
Taste: Moderate sweetness, chocolate, vanilla and cream.
Mouthfeel: Medium to full bodied with soft carbonation.
Overall: Lots of chocolate and vanilla and not too sweet. If body was just that little bit fuller, it would have been even better. 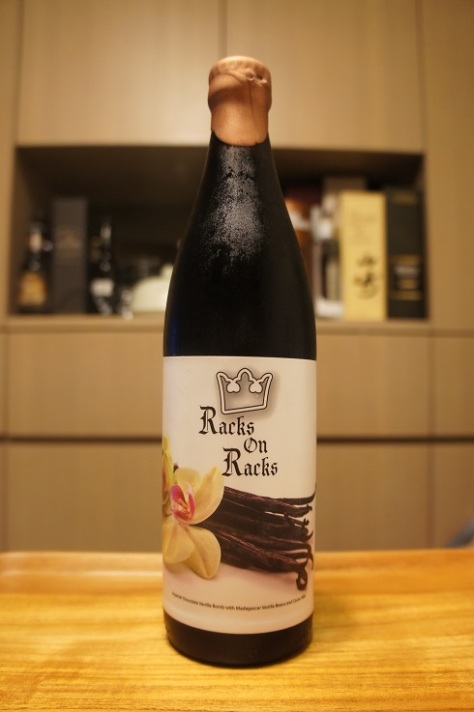 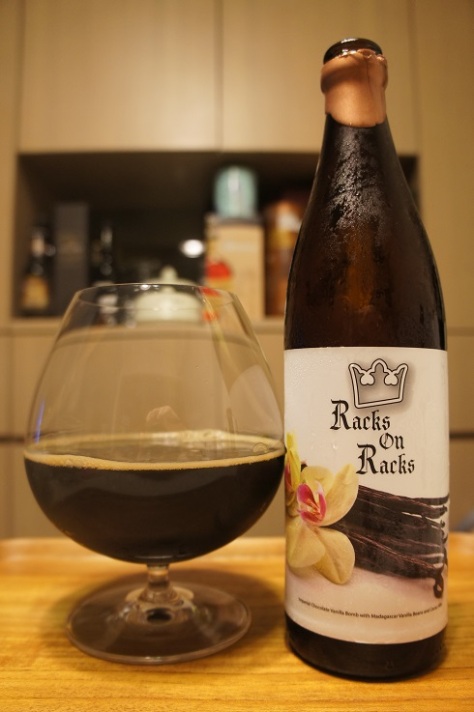