Intro: A 330ml bottle with a best before date of end of February 2019 and poured into a snifter glass.
Appearance: It poured a dark dark brown colour with a less than one finger tanned head which dissipates fast but left lots of nice lacing.
Aroma: Chocolate, dark malt, hints of raisin, cream, light whisky and maybe a touch of caramel and lemon on the finish.
Taste: Chocolate, molasses, toffee, hints of dark berries, very light whisky, maybe some slight char but not much barrel.
Mouthfeel: Very light for an Imperial Stout, maybe too light in my opinion. Barely medium bodied with moderate to low carbonation and dry.
Overall: If this was a Stout, I think I would have rated it higher, but as an Imperial Stout, it’s just not quite there. Everything just seemed to be too light whereas I was looking for more punches as an Imperial Stout. This was especially true with the barrel aging, which did not seem to impart as much as it could have in both aroma and taste. It is by no means a bad beer, but I had both BCBS and KBS in the last week which is perhaps setting a rather high standard. 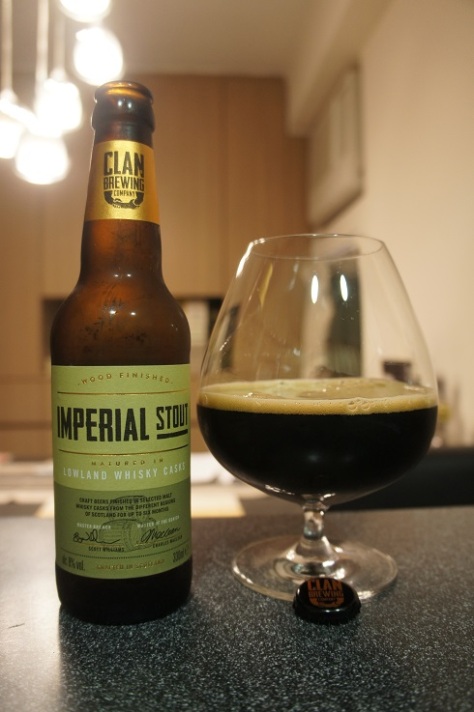 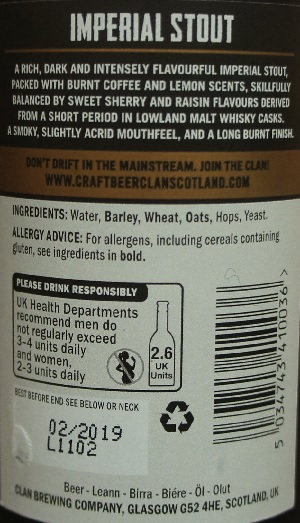 Intro: A 330ml bottle with a best before date of end of February 2019 and poured into a d’Achouffe tulip glass.
Appearance: It poured a nice clear amber copper colour with a half finger white head that disappears almost immediately while leaving only very sparse lacing.
Aroma: Strong peat with maybe a touch of whisky, caramel, leafy and grass.
Taste: Sweet fruitiness that is mostly apple, medicinal peat and smoky wood.
Mouthfeel: Medium bodied with low to moderate carbonation.
Overall: The peat from the Islay whisky casks is obviously there and I like it. But after that, the taste is overly sweet which I’m quite particular with.