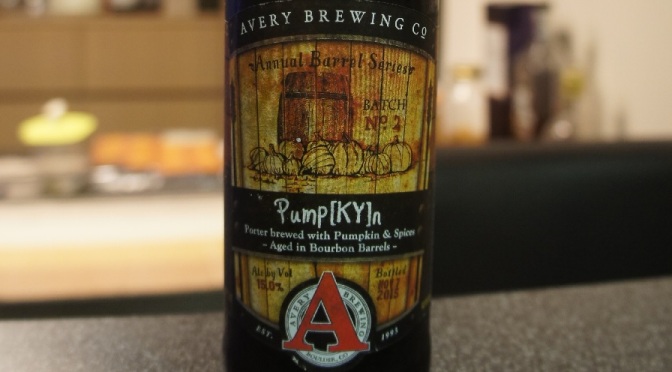 Brewer Description: (from bottle) What’s in a name? Sometimes the simplest can be the most descriptive, and in this case, derisive and divisive! After much internal debate (ad nauseum! Bourb[KY]n, anyone?), we decided a single letter change was the best way to embody the Bourbon barrel-aging that adds layers of complexity to an already exquisitely spiced pumpkin porter.

Intro: A 12 fl oz foiled bottle, Batch No.2, bottled on 7th November 2015. Poured into a snifter glass.
Appearance: It poured a clear dark brown amber colour with pretty much no khaki coloured head, but some sparse spotty lacing.
Aroma: Pumpkin pie, vanilla, cinnamon and a hit of boozy bourbon.
Taste: Sweet and spicy. Pumpkin pie, caramel, brown sugar, clove, cinnamon, nutmeg and all-spice with notes of oak and bourbon booziness.
Mouthfeel: Lightly syrupy, full bodied, alcohol warming with light to moderate carbonation.
Overall: Wow this was nice. A Pumpkin Ale that’s perhaps approaching a Winter Warmer. Great pumpkin pie spice flavours and good use of the barrel. Its quite boozy at 15% and you do get it in the aroma and taste yet at the same time, I like it, which is rare for me. Perhaps it just works for this particular style. If more Pumpkin Ales were like this, I would definitely go for the style. Good job by Avery on this one. 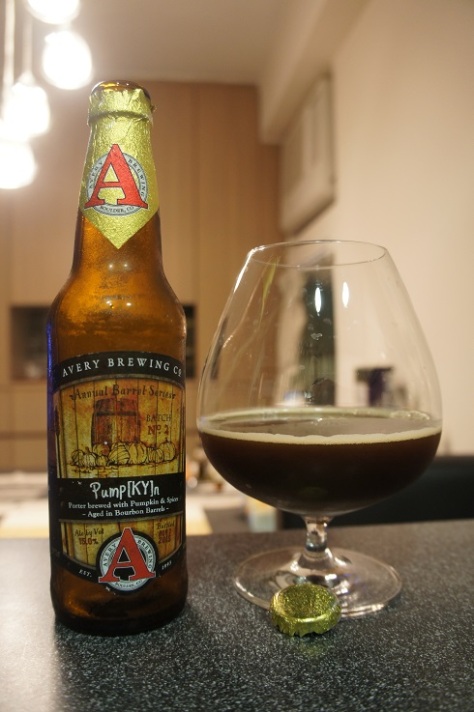