Brewer Description: (from website) Once more the term ‘liquid’ is tested with this triple fruited Gose oozing with Mango, Raspberry and Vanilla. Set your dishwasher to the longest cycle because this thic boi beer is going to make a mark on your life. The ‘Beer/Not Beer’ trolls are sure to have a field day but all we can say is we’re a brewery, we made it, get over it! So whilst they argue over details join us and chill with a cold glass of this indulgent fruited madness.

Intro: A 440ml can, canned on 18th November 2020, with a best before date of 18th May 2021. Poured into a 3 Fonteinen stemmed glass.
Appearance: A thick puree like mango juice orange colour with a one finger orange head that disappeared almost immediately to a replenishing thin cap, with no lacing, but some puree fruity bits on the sides of the glass.
Aroma: Sweet fruit, ripe mango, mango juice, with slight raspberry notes.
Taste: Lightly sweet and sour, mango, mango juice, lemon, with notes of raspberry and vanilla.
Mouthfeel: Medium to full bodied, thick, smoothie like, with moderate carbonation.
Overall: It’s a good thing I love mango juice, because mango dominates here in both aroma and flavour. As in their description, I’d still question whether this was ‘beer/not beer’ though. And although I won’t answer this question, I definitely did enjoy this drink.

Brewer Description: (from website) Redefining the term ‘liquid’ this triple fruited Gose with Blackberry, Blackcurrant, Raspberry and Ginger is inspired by similar beers from breweries such as The Veil and doesn’t so much pour as crawl into your glass. Thick and intense is an understatement, this thing will wreck your glassware and probably ripyou’re your cupboard doors for the hell of it. Get it in your face! 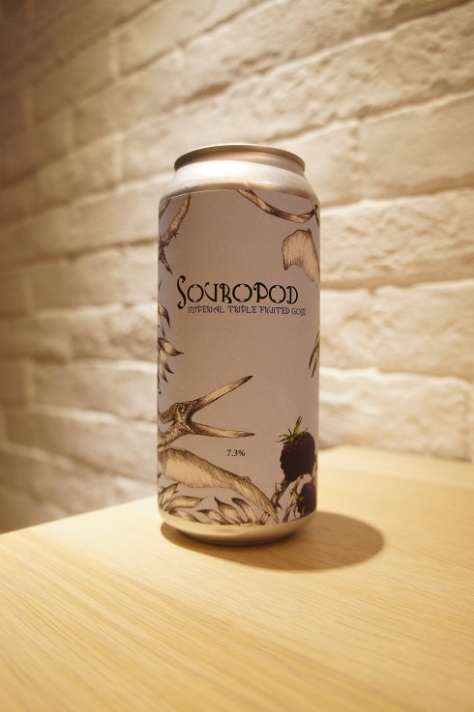 Intro: A 330ml can, canned on 24th September 2019. Poured into a Lost Abbey teku glass.
Appearance: A murky tomato juice like red with a big three finger pinkish head that dissipated quickly and left only sparse to no lacing.
Aroma: Tart, candied raspberry, cherry, rubber, cocktail, with hints of lime and salted lemon.
Taste: Sour, tart, candied fruit, raspberry, cherry and lime, with light salty notes.
Mouthfeel: Light to medium bodied with high spritzy carbonation.
Overall: Tasted better than the aroma implies, which I wasn’t too fond off with rubbery notes mixed with the fruit, but ignore the aroma and it’s worth a try. 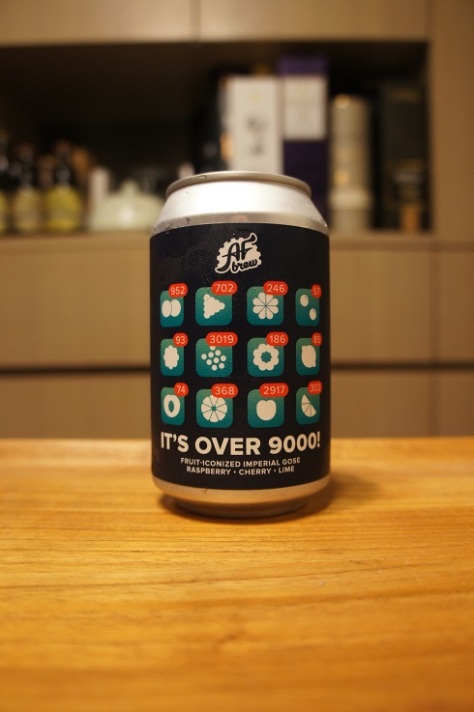