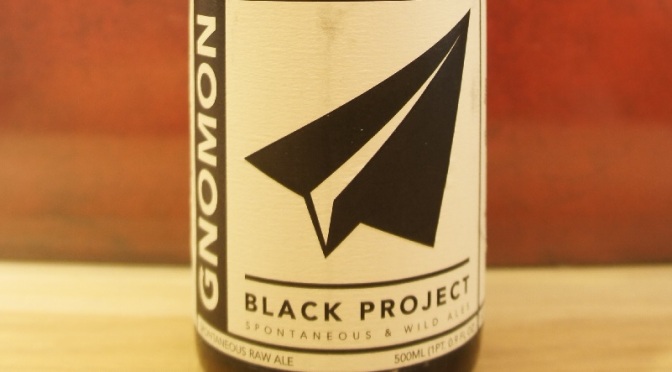 Brewer Description: (from bottle) Gnomon is a blend of two sister beers, the first is similar to one of our traditional Lambic-inspired recipes, but we replaced the unmalted wheat with malted purple barley from our friends at Troubadour Maltings who acquired a special type of ancient, husk-less barley that has a deep purple color. We also didn’t boil the wort, making it a Raw Ale. It was inoculated via coolship and then fermented and aged the beer in Chardonnay barrels. The second part is also a spontaneous Raw Ale made with 100% malted purple barley. The beer was then fermented and aged in neutral oak barrels. The beers were blended and given a light dry hop prior to being bottled. The end result exhibits a unique, hearty grain character, which is backed by restrained bitterness and a moderate citrusy acidity.