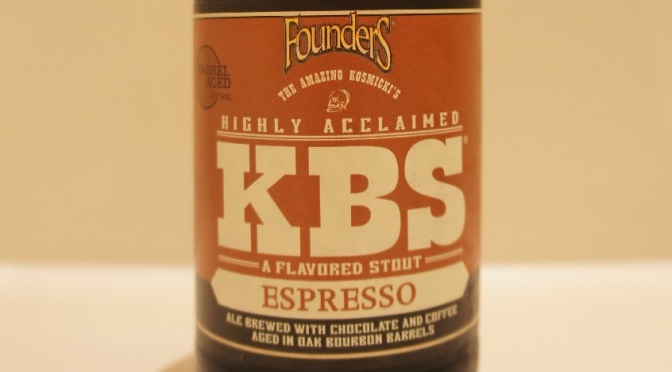 Brewer Description: (from bottle) KBS gets its coffee fix in the very first variant to come from our beloved bourbon barrel-aged stout. Yes, KBS may already be brewed with coffee, but it gets some extra oomph when it’s aged on espresso beans after being removed from barrels. The result is a fresh and snappy coffee twist on our classic barrel-aged beer. Who says you can’t start your day with a barrel-aged stout? 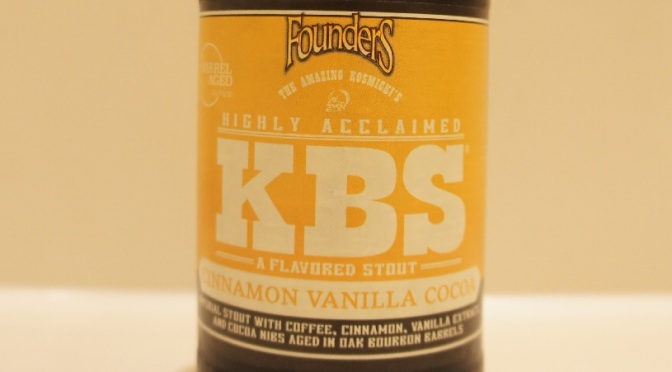 Brewer Description: (from bottle) Here’s one for the cocoa lovers: KBS Cinnamon Vanilla Cocoa – the sumptuous, deep coffee and chocolate flavors of KBS rise to the next level with a swirl of cinnamon and a hint of vanilla to create a sweet-but-not-too-sweet barrel-aged drinking experience. It’s a whole new spin on KBS that’s sure to sweeten your spirits.

Intro: A 12 fl. oz. bottle, bottled on 3rd September 2021. Poured into a snifter glass.
Appearance: Pitch black with a one finger brown head that had good retention and left nice lacing.
Aroma: Cinnamon, vanilla, chocolate, coffee, with notes of raisin and bourbon.
Taste: Light to moderate bitterness, dark chocolate, cocoa nibs, black coffee, some sweet notes, cinnamon, vanilla, dark fruit, raisin, bourbon.
Mouthfeel: Smooth, creamy, velvety, full to medium bodied with soft carbonation.
Overall: Great aroma, and taste was nice, but the cinnamon was perhaps a bit strong. It was sweet, but there was a good bitterness that balanced it, such that it wasn’t overly sweet. A good variant, however I do prefer the original KBS more. 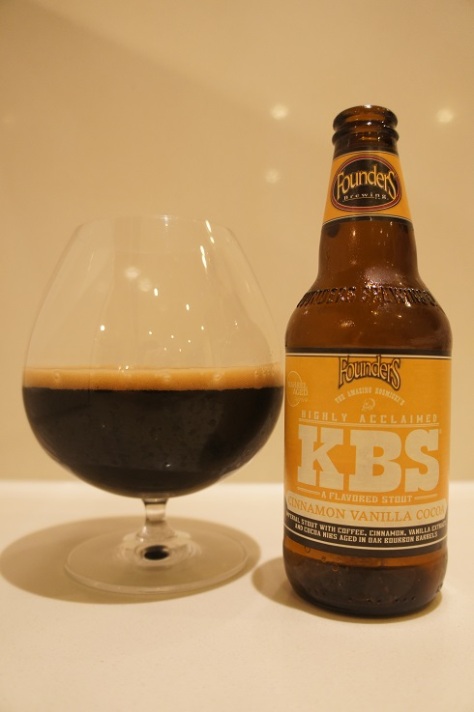 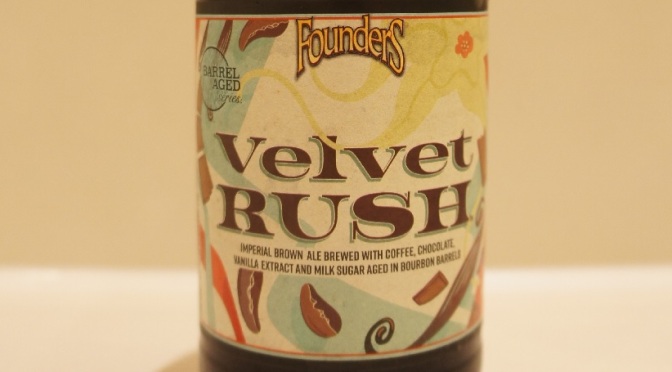 Brewer Description: (from bottle) Borrowing elements from both high-end craft cocktails and moody jazz clubs, Velvet Rush takes the bourbon barrel-aged brown ale up an octave with free-flowing notes of coffee, chocolate and vanilla extract. Milk sugar aides in weaving together this complex tapestry of flavors to create a unique sipping experience that really ties the room together.

Intro: A 12 fl. oz. bottle, bottled on 5th August 2021, poured into a snifter glass.
Appearance: A clear dark brown colour with an almost one finger beige head that had decent retention and left some nice spotty lacing.
Aroma: Sweet, brown sugar, chocolate, vanilla, milk, caramel, roasty, coffee bean, espresso, oak, with light bourbon notes.
Taste: Moderate to high sweetness with slight bitter notes, caramel, brown sugar, chocolate, vanilla, coffee, bourbon.
Mouthfeel: Medium to full bodied with soft carbonation.
Overall: Excellent aroma as the bourbon crept through as it warmed. The flavours were a bit sweet for me though, and didn’t make it as easy to drink as I would have liked. 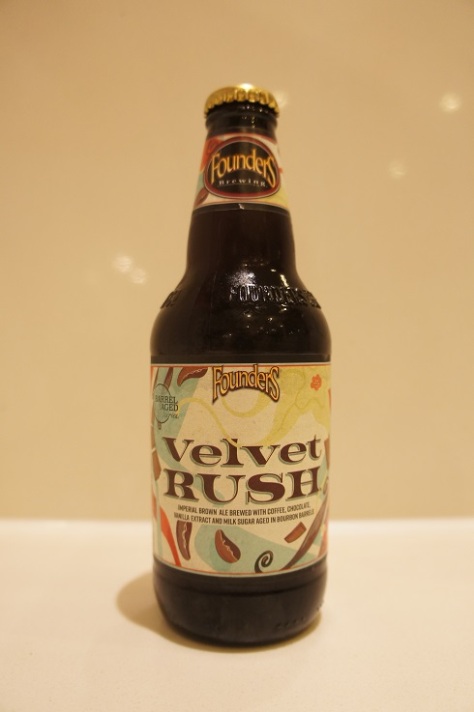 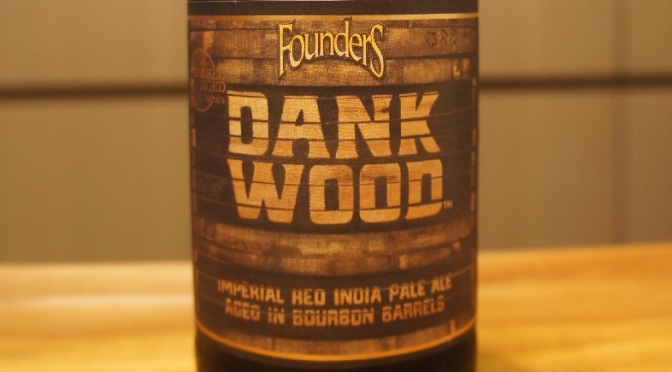 Brewer Description: (from bottle) What do you get when a big, bold Imperial Red IPA meets an oak bourbon barrel? A palate stunner that’ll send your senses spinning or, as we like to call it, Dankwood. Rich caramel notes emerge from the depths of the IPA. Highlighting strong malt character while the bourbon barrel-aging develops the complexity. A dank, sticky and slightly sweet sipper, Dankwood is the perfect alchemy of wood and hops. 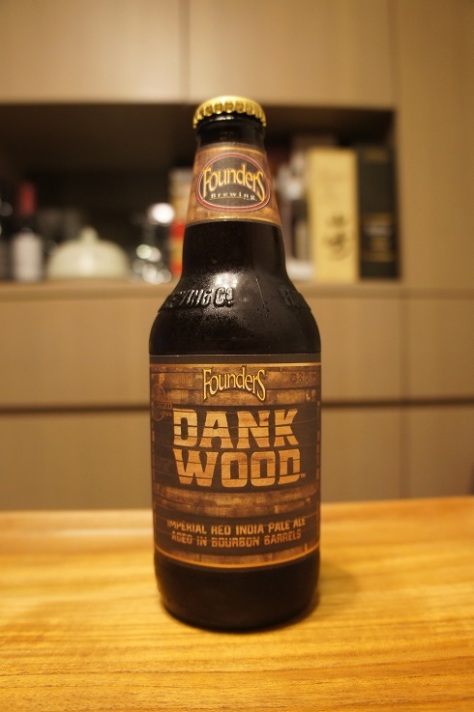 Brewer Description: (from bottle) So good it’s almost wrong. Dark ruby in color and brewed with seven varieties of imported malts. Complex in finish, with hints of smoke and peat. Paired with a malty richness and a right hook of hop power to give it the bad attitude that a beer named Dirty Bastard has to live up to. Ain’t for the wee lads.