Brewer Description: (from website) Our Golden Gate Gose is inspired by the classic wheat beer hailing from Leipzig, Germany. Traditionally brewed with salt and coriander, our tart California-inspried version is brewed with San Francisco Bay sea salt, lemon verbena from Eatwell Farm in Dixon, and coriander grown and dried especially for us by Dirty Girl Produce in Santa Cruz, California. Fermented with our house saison yeast, this delicate and tart beer is a perfect summer refresher. Pair with fresh seafood and sunshine.

Intro: A 22 fl oz bomber poured into a pint glass. There is a batch number or date or something, but that’s been rubbed off such that unfortunately, its not legible.
Appearance: The beer poured a clear golden colour with a two finger white head that dissipates quickly leaving only some light lacing. NOTE – actually that was until I poured the final 1/8 of the bottle into the glass later on after which it turned a milky haziness which to be honest did not look too good at all.
Aroma: Tart lemon and honey stands out, also some hints of coriander. But occasionally, there was some in my opinion slightly unpleasant smell I can only describe as dank. I can’t really put my finger on why, and it was only occasional, but it was there.
Taste: Much better than the smell, the taste begins tart and sour, mainly crisp apple and lemon. This is followed by some sweetness of honey and vanilla. Then finishes with a nice long lasting salt aftertaste.
Mouthfeel: Light to medium bodied with medium carbonation.
Overall: Actually, the taste is quite good and I enjoyed it, but the milky haziness look wasn’t too nice and the occasional dankness smell that appears brings it down a bit for me. 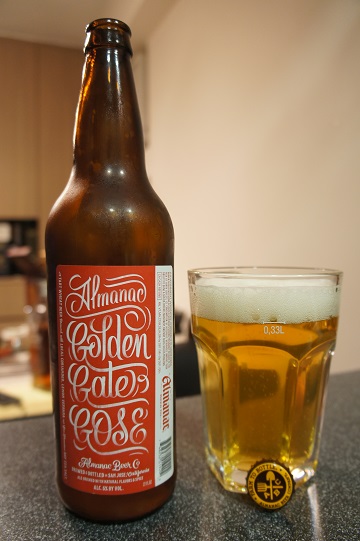 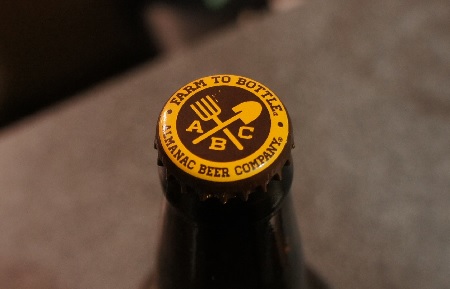