Intro: A 750ml bottle, bottled in 2017 (I think 27th November 2017). Poured into a snifter glass.
Appearance: Dark dark brown to black in colour with a minimal brown head that dissipated quickly and left only sparse to no lacing.
Aroma: Cinnamon, creamy chocolate, carrot cake, and hints of chili peppers.
Taste: Cinnamon dominates when cooler, but as it warms it gets better as the roastiness, rich chocolate and cocoa, tones down the harshness of too much cinnamon. Only hints of chili spice on the finish.
Mouthfeel: Creamy, smooth, full bodied with soft carbonation.
Overall: Cinnamon was too strong and harsh at cooler temperatures, but as it warmed, this was a wonderful balanced sipper. 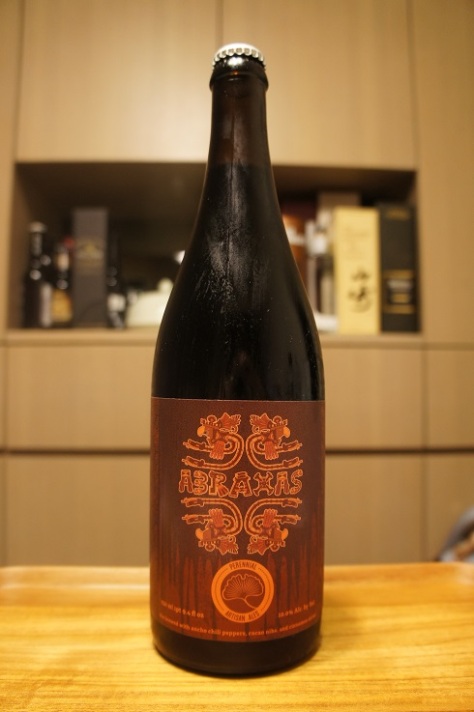