Intro: A 500ml waxed bottle (looks nice but really annoying to open), with no clear bottled on or best before date. Poured into a snifter glass.
Appearance: Dark dark brown to black in colour with a one finger tanned head that dissipated fairly quickly while leaving some nice spotty lacing.
Aroma: Light roast, cinnamon, coffee, red bean and a hint of bourbon.
Taste: Cinnamon, bourbon sweetness, chocolate, coffee.
Mouthfeel: Medium bodied with soft carbonation.
Overall: Maybe too much going on here that the flavours are clashing? Cinnamon a little strong while I’m not getting any blueberry at all. Body is also lighter than I’d prefer. 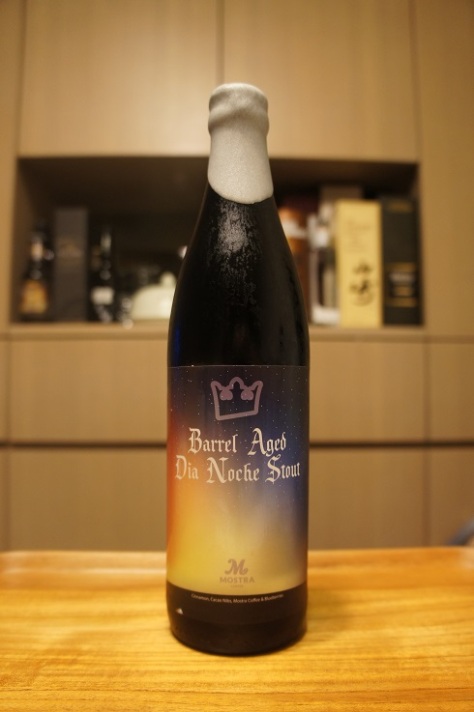