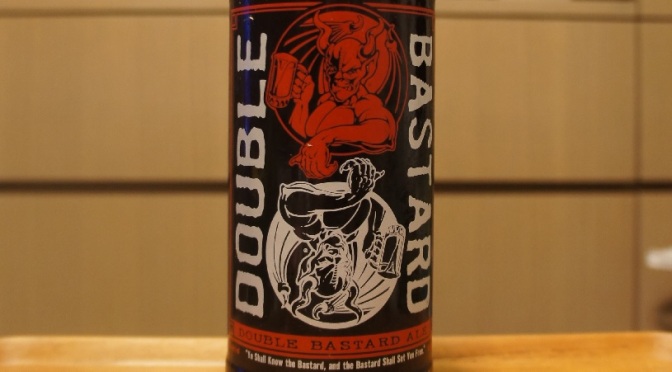 Brewer Description: (from bottle) Warning: Double Bastard Ale is not to be wasted on the tentative or weak. Only the Worthy are invited, and then only at your own risk. If you have even a modicum of hesitation, DO NOT buy this bottle. Instead, leave it for a Worthy soul who has already matriculated to the sublime ecstasy of what those in the know refer to as “Liquid Arrogance.”

This is one lacerative muther of a beer. It is unequivocally certain that your feeble palate is grossly inadequate and thus undeserving of this liquid glory…and those around you would have little desire to listen to your resultant whimpering. Instead, you slackjawed and gaping gobemouche, slink away to that pedestrian product that lures agog the great unwashed with the shiny happy imagery of its silly broadcast propaganda. You know, the one that offers no challenge, yet works very, very hard to imbue the foolhardy with the absurd notion that they are exercising “independent” thought, or attempts to convey the perception it is in some way “authentic” or “original.” It’s that one that makes you feel safe and delectates you into basking in the warm, fuzzy and befuddled glow of your own nescience. Why so many allow themselves to be led by the nose lacks plausible explanation. Perhaps you have been so lulled by the siren song of ignorance that you don’t even notice your white-knuckle grip on it. You feel bold and unique, but alas are nothing but sheep, willingly being herded to and fro. If you think you are being piqued in this text, it is nothing when compared to the insults we are all asked to swallow streaming forth from our televisions and computers. Truth be told, you are being coddled into believing you are special or unique by ethically challenged “pay no attention to the man behind the curtain” marketers who layer (upon layer) imagined attributes specifically engineered to lead you by the nose. Should you decide to abdicate your ability to make decisions for yourself, then you are perhaps deserving of the pabulum they serve. Double Bastard Ale calls out the garrulous caitiffs who perpetrate the aforementioned atrocities and demands retribution for their outrageously conniving, intentionally misleading, blatantly masturbatory and fallacious ad campaigns. We demand the unmitigated, transparent truth. We demand forthright honesty. We want justice! Call ‘em out and line ‘em up against the wall…NOW. 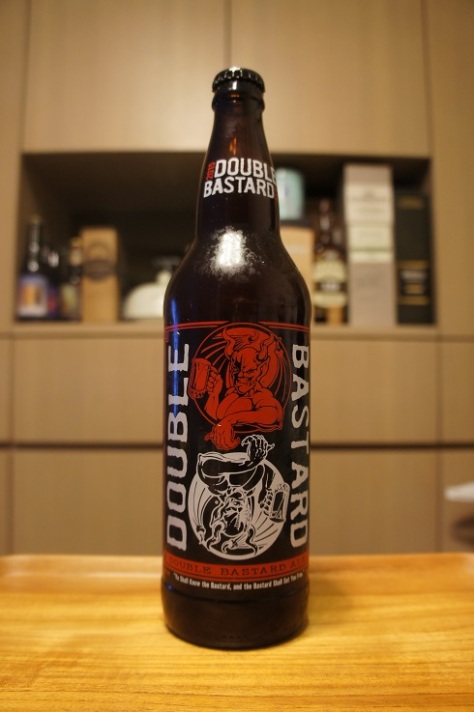