Intro: A 500ml corked and caged bottle, 2016 Series, Batch No.02, bottled in October 2016. Poured into a Lost Abbey teku glass.
Appearance: Dark brown to black in colour with a two finger tanned head that had great retention and left lots of nice lacing.
Aroma: Hoppy with some light roast, pine, chocolate, coffee and a touch boozy.
Taste: Roasty, chocolate, coffee, oak, bourbon, hoppy, pine, orange zest.
Mouthfeel: Medium to full bodied with soft carbonation.
Overall: Despite the high ABV%, this was pretty easy to drink as there was good balance between the roast and hops, and although there was some booziness in the aroma, it was well hidden in the taste. 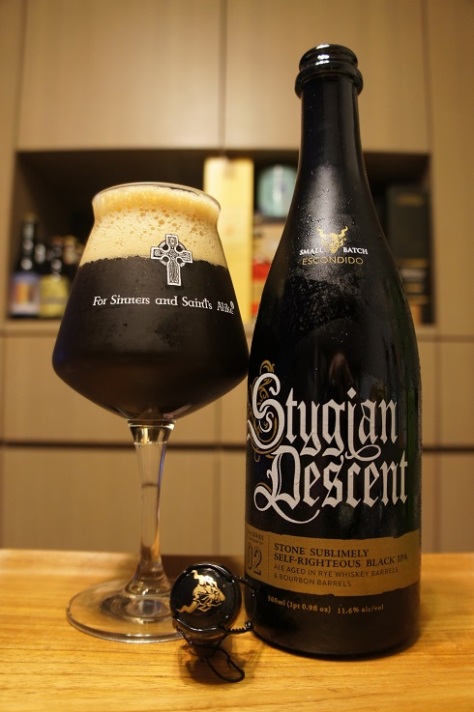 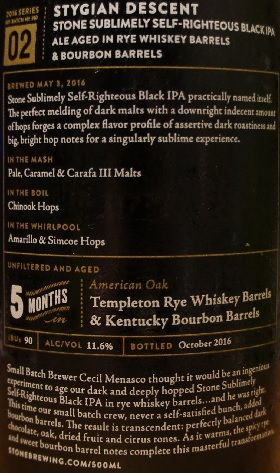