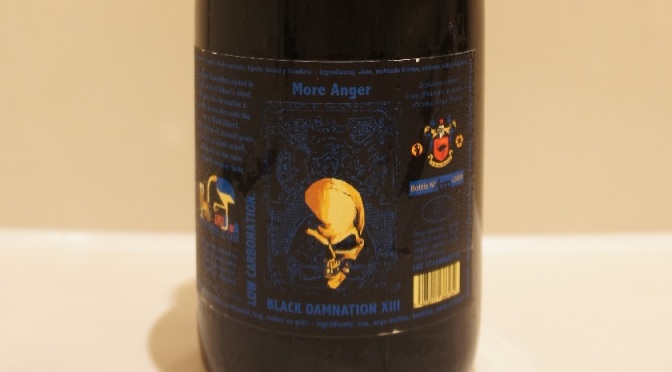 Brewer Description: (from bottle) A massive stout from Flanders, matured in Glenmorangie barrels.

Intro: A 750ml bottle, number 1000/2000, 2012 vintage, bottled on 3rd April 2017. Poured into a snifter glass.
Appearance: Black in colour with a very thin brown head that disappeared almost immediately, while leaving only sparse to no lacing.
Aroma: Boozy, whisky, chocolate.
Taste: Light roast, chocolate, coffee, caramel, whisky, oak.
Mouthfeel: Medium to full bodied with soft carbonation.
Overall: Aroma felt overly boozy for me, to the extent that experiencing it with each sip was quite overpowering. It also felt that the taste had more booze and alcohol than the other Black Damnation variations, but at least unlike the aroma, it was still acceptable. Obviously not one of my favourite variations. 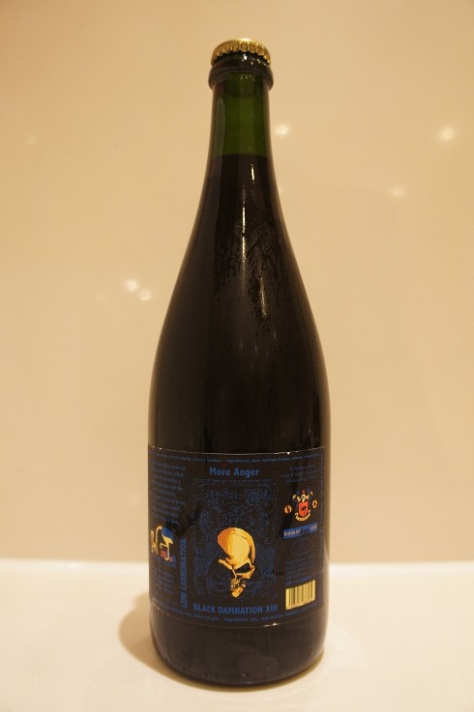 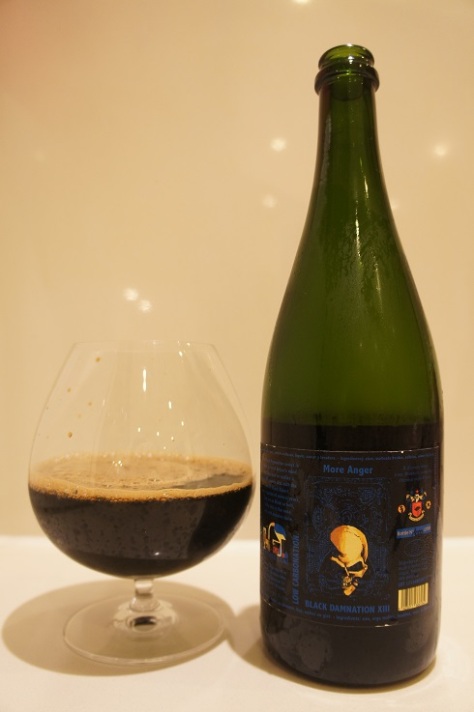