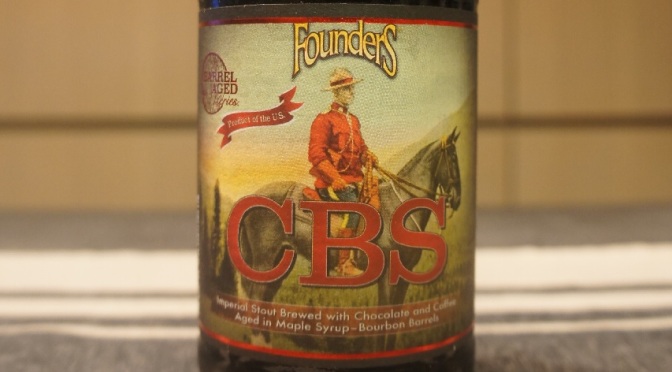 Brewer Description: (from bottle) CBS was born when we stumbled upon some bourbon barrels that had previously housed maple syrup. We opted to put the same base beer as KBS, an imperialized version of Breakfast Stout, in the maple barrels and, after one taste, we knew we had something special. Rich maple syrup, roasted coffee and velvety chocolate meld together in what can only be described as a transcendental drinking experience.

Intro: A 12 fl. oz. bottle, bottled on 27th October 2017. Poured into a snifter.
Appearance: Black in colour with a one finger fluffy brown head that had decent retention while leaving some spotty lacing.
Aroma: Sweetish milk chocolate, bourbon, vanilla and coffee bean with hints of oak, maple and caramel.
Taste: Sweet bourbon and maple upfront with roasty coffee, chocolate, vanilla and caramel. There is light booziness on the finish.
Mouthfeel: Full to medium bodied with low carbonation.
Overall: This was an excellent sipper. There was perhaps less maple than I expected, but still just enough to make an impression with the nice bourbon flavours. 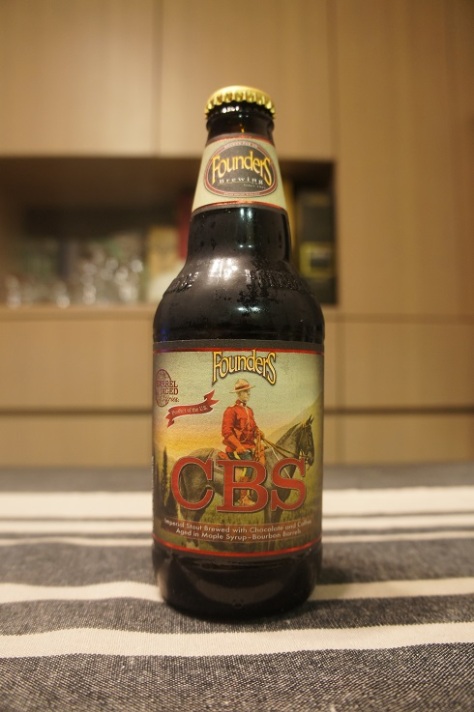 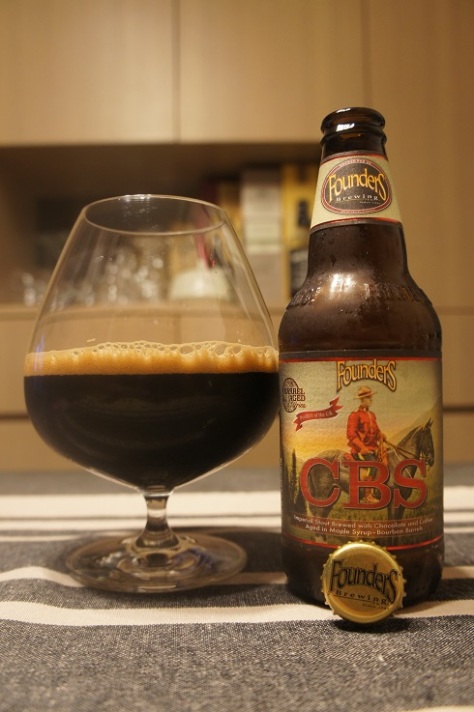 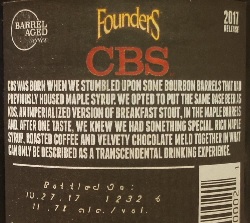