Brewer Description: (from bottle) Intense coffee characteristics abound from both the dark malts and the espresso, while rich caramel-like and vanilla notes from the bourbon barrel aging adds layers of complexity, a touch of sweetness and a vibrant dark fruit finish. Since this is an unusual take on our traditional imperial Russian stout, “Mikhail” pays homage to Mikhail Bulgakov, whose novel The Master and Margarita is considered the foremost of Soviet satires. 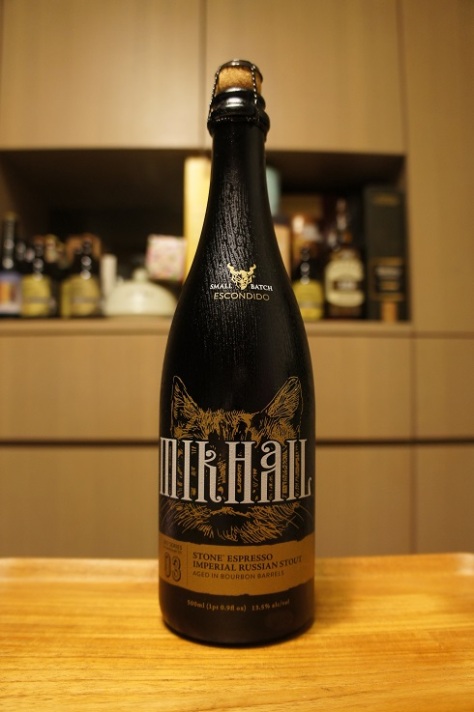 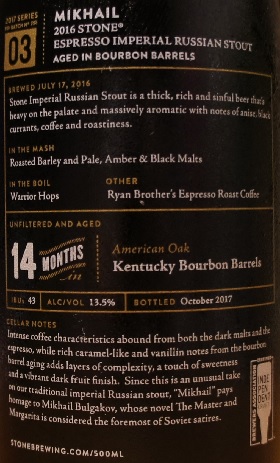